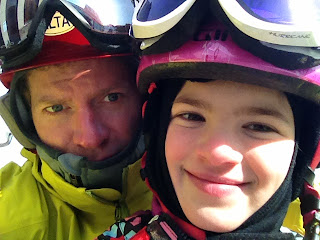 We took Griller Instinct on location to Mount Snow, in West Dover, Vermont last weekend and though the weather has not been favorable this skiing season, we've managed to keep the food top-rate. 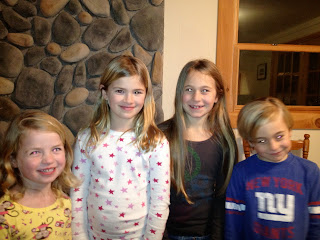 To ensure our food had a nice rustic touch to it, we cooked over an open wood fire, reducing some logs over an old Weber grill, down to embers.  This takes some extra time, but it's worth the effort, with the process taking about 90 minutes for 8 logs.

Once started, the fire becomes very hot! So hot, in fact, that it became tough to stand near it and the steaks cooked quickly. "But, Neil, how thick should my steaks be?" is something I'm sure you're asking yourself, and after much trial and error, I can tell you that I had my butcher cut my meats to 1 and 3/4 inch thickness.  All you need is a little salt, pepper and olive oil, and these steaks can cook in 9 and 1/2 minutes on a hot grill.

And, of course no lodge dinner wouldbe complete without a few sides.  To start, we made reduced onions, made with with five thickly sliced Vidalia onions placed in a big pot, with Olive oil in the bottom.  Cook this on the stove at medium low for about an hour until the onions reduce, the liquid boils out and they caramelize.  Then, they are ready to be served on top of the steak.

Then there is our easy Creamed Spinach.  Defrost three boxes of frozen spinach and put in a dish towel.  Squeeze as much water out as possible.  Add the spinach to a pan with about 2 cups of heavy cream, 2 tablespoons butter and some salt and pepper.  Cook this on the stove until it hot and thick.

Lastly, we rounded it out with Shrimp in a Boil Bag.  We intended to make it with garlic but someone forgot to buy some, so we audibled to lime and butter.  So, one pound of shell on shrimp, 3 tablespoons of butter,  lime juiced, salt and pepper.  Wrap in foil and grill for 5 minutes on a side.  One man's mistake is another man's tasty side dish!

Check out the video: